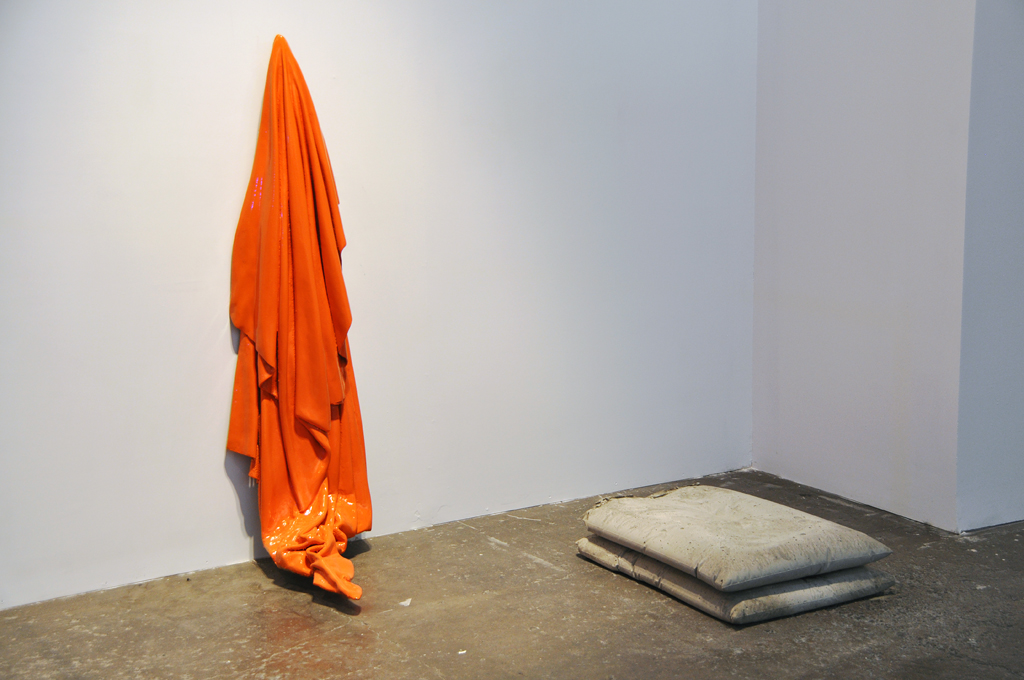 This year’s Curator’s Choice is the tenth annual exhibition of work by a student graduating from Thompson Rivers University (TRU). Selected by Kamloops Art Gallery Assistant Curator Craig Willms, Curator’s Choice annually highlights talent from TRU’s Bachelor of Fine Arts graduating class and gives emerging artists an opportunity to make a body of work for a professional exhibition space. This year artists were invited to approach The Cube as a project space in order to create new works that deal with the context of the Kamloops region or utilize The Cube as a space for experimentation. With this in mind, this year’s selection is Stephanie Patsula.

Influenced by post-minimalist approaches and process-based art making, Patsula works with found and constructed objects and explores the relationship to the space in which they are made and displayed. For this project, she investigates the architectural space and ideological context of the white-walled gallery for which The Cube is named. Patsula is interested in the resonance of built environments and their history. The white cube is understood to be a neutral space in which objects can speak for themselves. Inspired by a recent residency at TRU’s Wells Gray Research Centre, Patsula considers the materiality of found objects and utilizes colour theory to create installations where individual elements play off each other and engage in dialogue. Eschewing the traditional practice of hanging two-dimensional works on the wall and placing three-dimensional works on plinths, Patsula creates an immersive environment that self-reflexively calls attention to the vessel as an object and the space that contains the object.